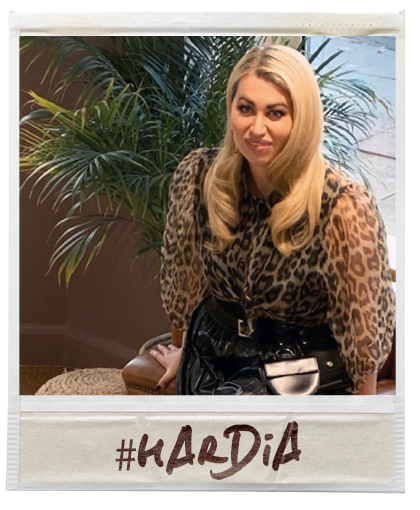 The Colour Palette Salon encompasses Hardia’s love for fashion and beauty and is her stunning vision brought to life. A graduate of the prestigious Sassoon Academy, she has many wonderful years styling men and women in creating their perfect style.
The salon is her tribute to all of the beautiful things she’s experienced and is a true gem in the heart of Crowthorne, Berkshire.
Every piece of furniture is hand-picked by Hardia herself and is strategically placed and incorporates everything she stands for. Inspired by years of travel, breathing in and seeing countless cultures, the unique space is designed, styled and curated with her life influences.

As well as her many talents in the hairdressing world, Hardia is also an accomplished make-up artist, stylist and interior designer.

She recognises talent after her extensive work in the industry and has developed a team of extensively trained, hair stylists, technicians and beauticians to give anybody walking through the doors a high-end, luxury London experience without the lengthy travel or the hefty price tag that usually comes with it.

Add to this, the unique lounge areas which are perfect for those waiting companions or even those that just want to get away from the hustle and bustle of it all.

Prepare to experience the new hub on the high street, the community in place - once you experience The Colour Palette Salon's services, you’ll just keep coming back. 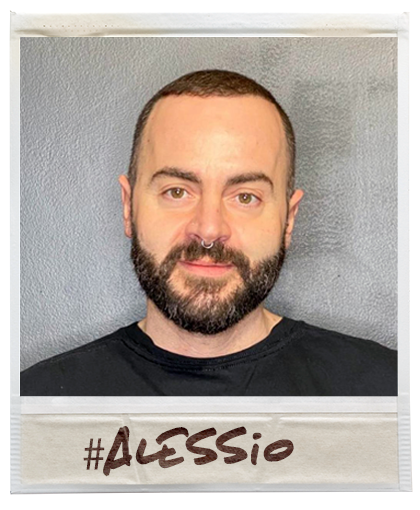 Alessio fell in love with hairdressing at the early age of fifteen and completed a one-year Diploma in Hair at his hometown, Turin in Italy. After working for eight years as a Top Stylist, Colour Instructor and Make-up Consultant in a well renowned salon in Turin, he decided to move to London in 2001 to expand and improve his career. For the next four years he worked for a salon in central London as a Top Stylist whilst learning English.

In 2005, Alessio set his sights on working for Vidal Sassoon after watching videos and reading various books. He soon began his formal training at Sassoon’s salon in Covent Garden, London.

Once qualified, he worked as a teaching assistant whilst attracting new clients through daily interactions on the floor. He gained even more experience working with celebrity guests starring in Chicago, the musical.

In 2010, Alessio was transferred to the London Academy as a cutting instructor. His flair, passion and drive resulted in him being awarded the position of Creative Director in 2016. He grew his following which included various international guests and key looks that contributed to the world-renowned Sassoon collection.

His role has taken him worldwide for industry shows and seminars in areas such as Japan, Korea, Taiwan, India and various European countries to promote the Sassoon collection. He participated in live demonstrations at high profile shows such as Salon International and events including London Fashion Week.

He also styled (hair and make-up) for stylist/judge, Grace Woodward for the press launch of Britain's Next Top Model, styling Bifa-film winner actress, Chloe Pirrie for 1883 magazine. He also styled the amazing Anna Murphy – Fashion Director at The Time Magazine when she was working on an episode of The Posh Frock Shop on Channel 4.

Alessio joined The Colour Palette Salon as Creative Director in 2019 and brings his wealth of talent and experience as a Stylist, Colour Technician and Make-up Artist to continue performing his art whilst training and teaching his team to the highest standards. He educates to follow his philosophy that was imbedded in his style for the last 9 years whilst working for the world-famous Vidal Sassoon Salon. 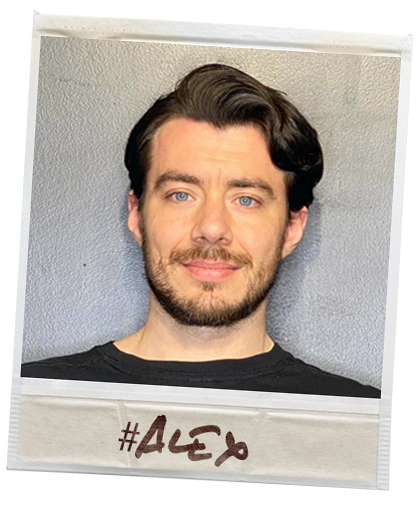 Alex has always had a passion for fashion & hair. He still remembers how he used to scroll through pages of Vogue Italia with his mum.  He also recalls a time where he coloured his hair a few different colours - in his own words: “I guess hairdressing was meant for me“.

Alex started his career as a hairstylist in Italy, where he worked for a year before moving to London in 2012 where he attended the very prestigious Vidal Sassoon Academy course with salon owner Hardia. Alex was rewarded with the Best Cut & Colour Award. In Alex’s own words: “My Sassoon training just took my cutting & colouring skills to a whole next level."
After he finished the Sassoon Diploma course, Alex worked in a London based salon for a few years. He wanted more... so, he started to work and assist all the big names in the hair & fashion industry working backstage for Fashion Week with Guido Palau, Eugene Souleiman, Duffy Paul Hanlon and creating looks for the runway brands in the industry such as Dior, Valentino, Gucci, Maison Margiela, Paco Rabanne, Salvatore Ferragamo, Tod’s, Dolce & Gabbana and Armani. Not only did Alex work backstage but he worked for renowned fashion magazines such as Vogue, The Impression, L’officiel, Wonderland, Collective Dry to name a few.

Alex proudly says, "I am so ready to go back and share my knowledge with colleagues and make clients feel unique and beautiful.” He joins The Colour Palette Team as Associate Creative Director. 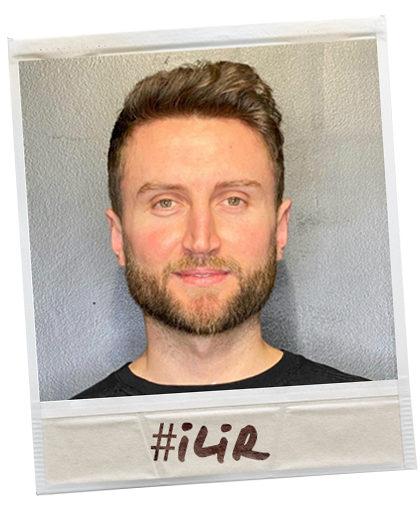 Ilir had his first experience with hairdressing at a small barbershop in Turin, Italy with clientele such as the Lavazza and the world renowned Molinari Golfing Family at the young age of sixteen.

After five years’ experience working in the barber shop, Ilir decided to expand his knowledge in hairdressing and attended the Hairdressing Academy in Turin for three years where he received theoretical and practical experience.

Once qualified, he worked in various renowned salons across Turin where he continued to train, keeping up with new techniques and modern trends. He was fortunate enough to work for the International Ernesto Giampino Hair Salon for two years and gained valuable experience to help propel his skills.

Ilir joins The Colour Palette Salon as a Stylist, Colour Technician and Barber. 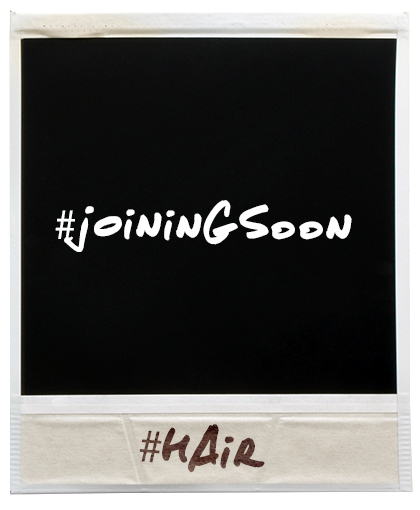 Our newest member of #TeamColourPalette will be joining us soon!

Our newest member of #TeamColourPalette will be joining us soon! 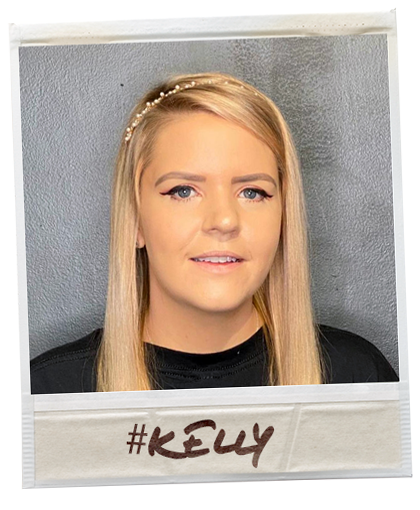 Kelly joined The Colour Palette team in September 2019 with thirteen years’ of experience within the beauty industry.

She studied NVQ level 2 and 3 in Beauty Therapy at Reading College. Upon gaining her qualifications, she completed further training in many different brands and treatments - expanding her knowledge and passion for beauty.

Kelly loves many aspects of the beauty industry but has always had a love for nails. Kelly says, “being creative with colours and designs, having an idea and seeing it come to light just how you imagined it, and seeing the happiness it brings every client is something I really love. Having your nails done is more than a treatment, it’s an experience.”

She has also completed training courses in skincare after previously working in Ascot for a Medi-spa. She has since built extensive knowledge and understands the skincare and advanced beauty treatment market well. She believes having a facial is not only beneficial to your skin but also your well-being.

Kelly is looking forward to growing with the salon and meeting new clients whilst making them all feel beautiful inside and out. 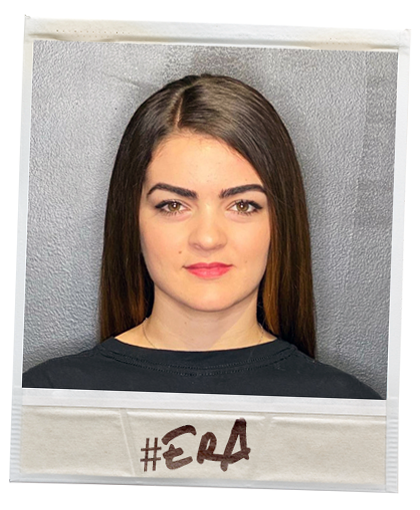 Era has many years of experience in the Beauty Industry. Since she was a child, she remembers painting her and her mothers’ nails and experimenting with different colours.

She moved from Albania to Italy where she completed her college years and started her career as a beauty therapist. Era developed her skills whilst working in different beauty salons in Turin, Italy.

Era enjoys a variety of treatments such as facials, waxing and eyebrows, but especially loves nails and pedicures. She was encouraged to develop her knowledge further by training with the famous Onyx Academy in Milan, Italy.

Era joined The Colour Palette Salon in December 2019 after moving from Italy to England. She is very considerate about her clients and their experience, ensuring they feel pampered and relaxed whilst carrying out their luxurious treatments.

Era is very hardworking and thinks that nothing is impossible if you have the courage to follow your dreams. Her dream of being a beauty therapist is now her reality and she loves every minute of it.

She is dedicated in giving the best experience and nothing but the best here at The Colour Palette Salon. See for yourself, she’s a true gem. 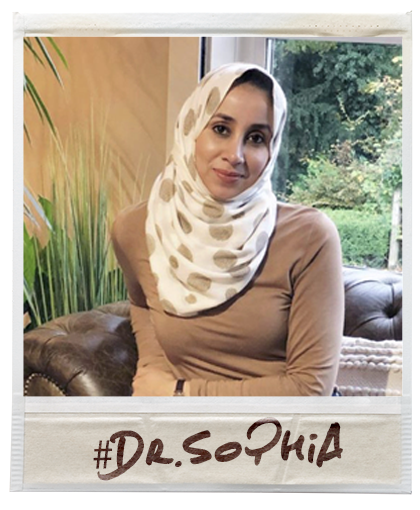 Dr. Sofia is a medical and cosmetic doctor with a strong interest in aesthetics and facial rejuvenation. She is a UK trained, fully licensed and a GMC registered medical doctor with a background in both surgery and dermatology. She is currently training as a GP and working towards a Diploma in Aesthetic Medicine.

Dr. Sofia has been taught by the very best Harley Street doctors and has undergone extensive aesthetic training with a range of esteemed and internationally recognised trainers.

She is committed to providing her patients with the cosmetic enhancements and improvements they seek in the most natural and safest way, with the utmost care & precision. She seeks to combine her passion for art with her medical knowledge to deliver meticulous aesthetic outcomes for each and every patient.

Further information can be found on her website or social media channels: 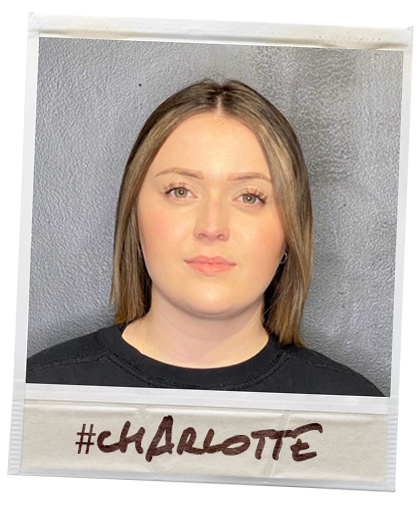 Charlotte’s previous role was in a sales team in Wokingham where she was tasked with selling made to order furniture. This helped her a lot in discovering how much of a people person she really is. Charlotte believes you can brighten up someone’s day just by a friendly smile and hello. We stand by her and agree.

Charlotte feels she is lucky enough to be able to use what she has learnt and incorporates all her experience into life at the salon.

She has joined The Colour Palette team working as Front of House. Charlotte deals with all the bookings, enquiries and payments on a day to day basis. She  is always on hand for a chat and to take any enquiries you may have! 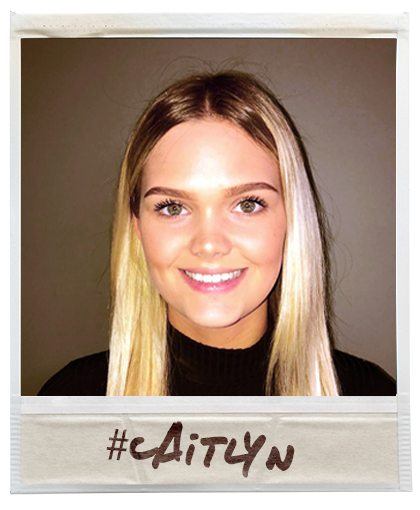 Caitlyn has joined The Colour Palette Salon working Saturdays while she is at sixth form studying Graphics, Photography and Textiles.

She has a passion for fashion as well as art & design so fits into the salon perfectly with her creative flair. Caitlyn is looking forward to working with the full team to provide support as well as building her experience in a salon environment.
Copyright 2020 © The Colour Palette Salon | All rights reserved | Company No. 11514256 | VAT No. 312398511
Design & Developed by Head45
We use cookies on this website to ensure we give you the best experience. Clicking/pressing “Accept”, indicates you agree to the use of cookies on your device.Accept